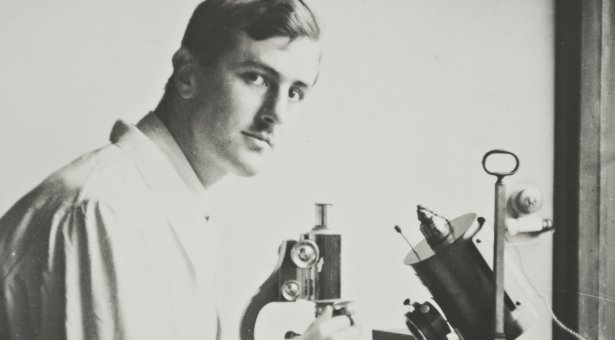 Cyril Dean Darlington began his career at the John Innes Horticultural Institution, as it was known then, in 1923, working unpaid, under its first Director, William Bateson.

When the second Director, Sir Daniel Hall resigned, Darlington was offered the post having progressed to full time paid employment.

During his Directorship, he oversaw the move of the John Innes Horticultural Institution from it’s initial location in Merton, London to Bayfordbury in Hertfordshire, exchanging a 19 acre site for a 32 acre site with more favourable soil and climatic conditions.

When he died in 1981, he was in the middle of writing a book, which was to examine the notion of determinants in the cell, the individual and populations, especially when acted upon by natural selection and evolution. If finished, it would have rivalled his earlier masterpieces, “Recent advances in Cytology”, “The Evolution of Genetic Systems” and “Genetics of Man”.

2015 – Professor Detlef Weigel, Molecular Biology of Plants & Animals, MPI for Developmental Biology –  ‘Origin and consequences of genetic and epigenetic variation in Arabidopsis thaliana and its relatives’

Speakers at the Darlington Lecture are presented with a print of a work of art by the late Leonie Woolhouse, a local artist and wife of the former Director Harold Woolhouse, which illustrates the life and career of Cyril D Darlington FRS.