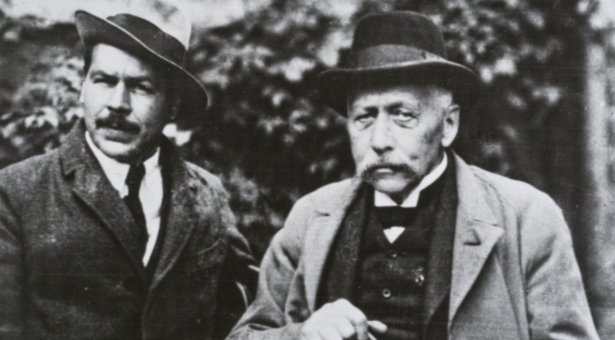 The Bateson Lecture is held in honour of the first Director of the John Innes, William Bateson, and was first delivered in 1951.

Bateson pioneered in Britain the science of genetics and coined the word “genetics” and was very much involved in the controversy that followed the rediscovery of Mendel’s papers on plant hybridisation and gathered around him a group of enthusiastic young scientists to tackle the many problems of inheritance in plants.

2013 Professor Ottoline Leyser, University of Cambridge – ‘Shoot branching plasticity, how and why’

2008 Professor Sean Carroll, University of Wisconsin-Madison, USA – ‘Endless flies most beautiful: the role of cis-regulatory sequences in the evolution of animal form’

1994 Professor Ira Herskowitz – ‘Violins and orchestras: what a unicellular organism can do’

1992 Professor Frank Stahl – ‘Genetic recombination: thinking about it in phage and fungi’

1988 Professor Gottfried Schatz – ‘Interaction between mitochondria and the nucleus’

1984 Professor W.W. Franke – ‘The cytoskeleton – the insoluble architectural framework of the cell’

1979 Professor J. Heslop-Harrison, FRS – ‘The forgotten generation: some thoughts on the genetics and physiology of Angiosperm Gametophytes’

1957 Professor J.B.S. Haldane, FRS- ‘The theory of evolution before and after Bateson’

Speakers at the Bateson Lecture are presented with a print of a work of art by the late Leonie Woolhouse, a local artist and wife of the former Director Harold Woolhouse, which illustrates the life and career of William Bateson.