Research at the John Innes Centre into viruses has underpinned many different developments in science, medicine and agriculture. Today, much of that support is provided by BBSRC. 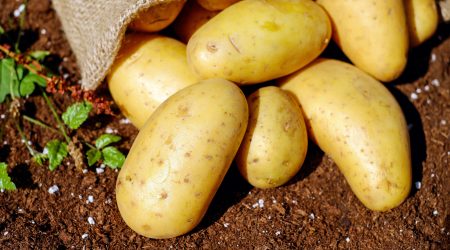 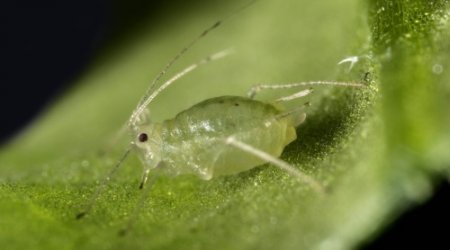 Proof that common aphid acts as a vector

McKenney Hughes at the John Innes Horticultural Institution in Merton, London, proves that the common aphid acts as an insect vector for viruses using the variegation in tulips (broken tulips). 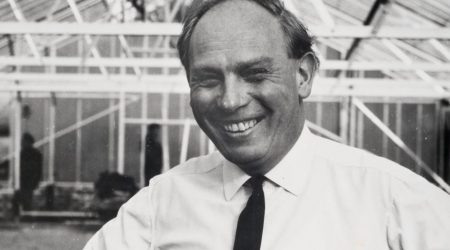 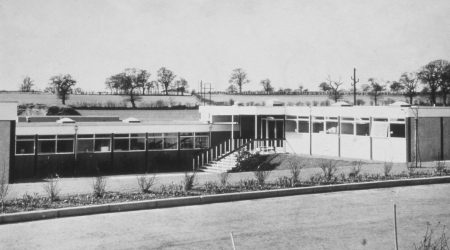 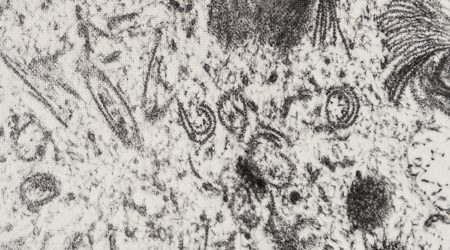 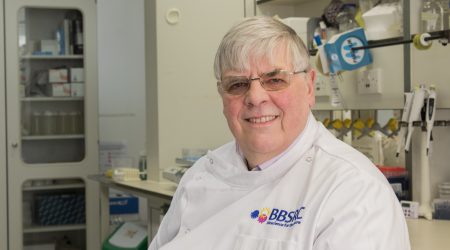 George Lomonossoff moves to the Agricultural Research Council, funded John Innes Institute Department of Virus Research, to undertake fundamental research on the molecular genetics of viruses with RNA genomes. Lomonossoff established a reverse genetic system for the RNA plant virus Cowpea Mosaic Virus (CPMV). Reverse genetics allows researchers to identify the phenotype or observable characteristics associated with particular genes. These findings, revolutionised the study of CPMV, allowing researchers to identify the characteristics which result from particular alterations to the genetics. Research by Lomonossoff and Purdue University (US) resulted in the determination of atomic resolution structure CPMV and its relatives by x-ray crystallography. 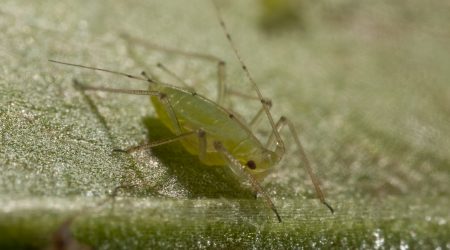 Peter Markham and colleagues discover the viral gene products which allow transmission between plants by aphids. 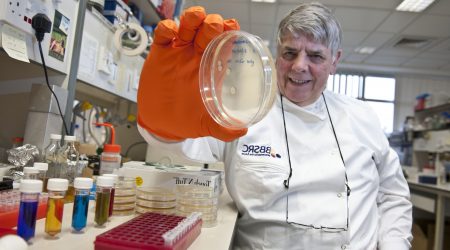 George Lomonossoff receives funding from Agriculture and Food Research Council research initiatives in plant molecular biology to work on methods for manipulating virus RNA. Using research outcomes from the 1980’s Lomonossoff collaborates with Purdue on a programme to develop new viral structures, which could form vaccine platforms for producing new vaccines, protecting animals from animal disease via a plant virus. 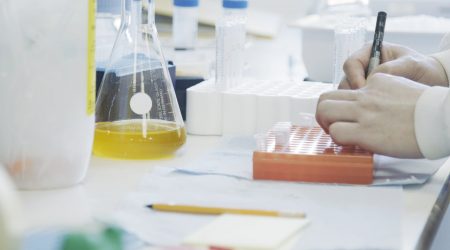 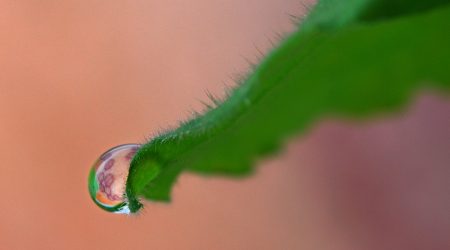 Lomonossoff receives funding from the BBSRC’s Wealth Creating Products of Plants Initiative to investigate using plants as bio-reactors to produce pharmaceuticals. Early studies in virology and entomology demonstrated that insects were responsible for transmitting viral diseases between plants. This work was important for allowing researchers some control of insect transmitted viral diseases of crop, vegetable and horticultural plants. The Cucumber Mosaic Virus, for example, has a broad host range, infecting over 1,200 species in several plant families. It can cause losses of up to 80% in crops such as pepper and tomato. Control today involves an integrated pest management approach, while research in this area focuses on looking at mechanisms of resistance. Integrating an entomology department within the John Innes Centre brings virologists, plant scientists and entomologists together to work on both pests and diseases which affect plants, including economically important crops. 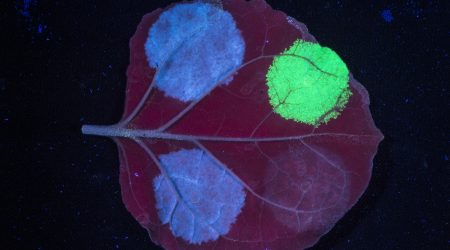 Diagnostics for Foot and Mouth and Bluetongue viruses

John Innes Centre scientists work with BBSRC’s Pirbright Institute on diagnostics for foot and mouth disease and bluetongue viruses. This work leads to a diagnostic test which is being used in Sub-Saharan Africa to protect valuable animals from these devastating diseases. Bluetongue is a serious disease of ruminants; the outbreak in Northern Europe (including the UK) in 2006-9 is estimated to have cost £800 million. 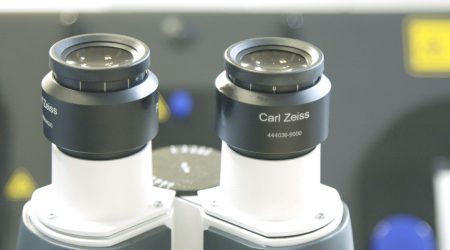 Dave Evans explores chemical modification of virus particles for nanotechnology in collaboration with colleagues at the John Innes Centre. 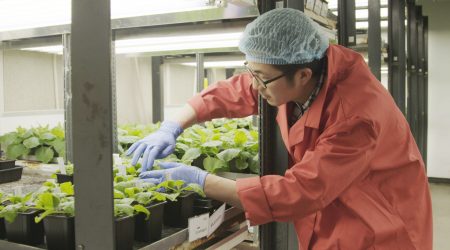 The Biotechnology and Biological Sciences Research Council funds the development of a plant-based system for producing useful proteins by George Lomonossoff and Frank Sainsbury. 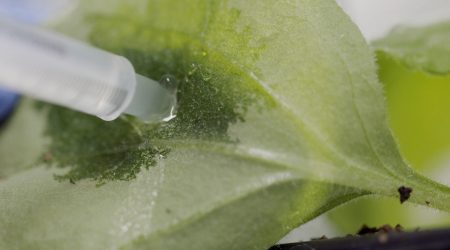 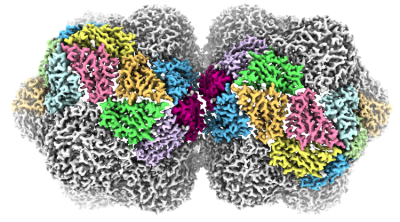 The expression system, later named Hypertrans® which is licenced to Medicago Inc, is used to develop flu H1 virus-like particles in only 14 days 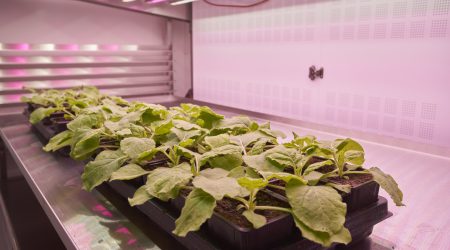 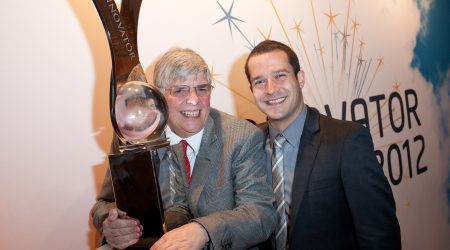 Lomonossoff and Sainsbury awarded BBSRC Innovator of the Year

Lomonossoff and Sainsbury are awarded BBSRC’s Innovator of the Year award for work on the protein production system. 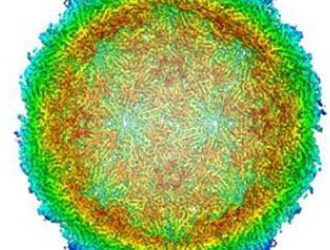 John Innes Centre researchers are involved in a World Health Organisation funded consortium with The National Institute for Biological Standards and Control, Oxford University, University of Leeds, Diamond Light Source and the Henry Welcome Building for Genomic Medicine, combining the consortium’s poliovirus genetic systems, and cryo-electron microscopy facilities with our Plant Production Platform. The consortium aims to develop a candidate synthetic Polio vaccine, , which would allow the eradication of the live virus. The World Health Organisation aim to eradicate polio and they have estimated that failure to do so could result in 200,000 cases a year within ten years. The use of Hypertrans® Virus Like Particles would allow vaccination and eradication. The current system uses live or killed virus, which, while very successful at reducing incidents of polio, does result in the occasional release of polio back into the wild. Economic modelling suggests that eradication would save low income countries $US 40-50bn. 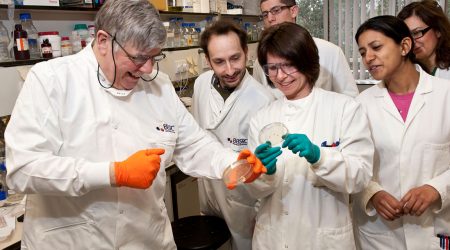 Funding to develop further vaccines, including Dengue and Zika

George Lomonossoff wins funding to develop vaccines against diseases of farmed fish. Then, a year later, is awarded funding with the Universities of Nottingham and Sao Paulo to develop effective diagnostic test for Zika virus infection. Rapidly producing proteins from the Dengue virus and Zika virus allowed the rapid production of an antibody test for Zika. 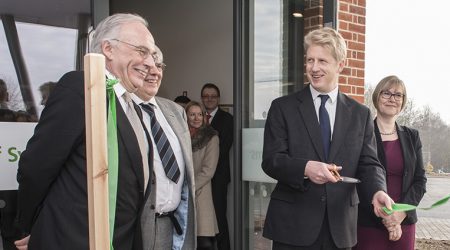 Leaf Systems International Ltd, is launched. It is a collaborative spin-out company between the John Innes Centre, BBSRC and Plant Biosciences Ltd that uses Hypertrans® technology to rapidly produce new products within plant tissue. The Hypertrans® system is used to produce a synthetic Polio vaccine which would allow polio to be eradicated. Phase three trials using 10 000 people are currently underway with the winter flu vaccine developed by Medicago. Meanwhile Findings from Professor Anne Osbourn’s lab have revealed that the genes for natural product pathways are often clustered together in plant genomes, making them easy to identify. Prof Osbourn is using new genome mining algorithms in combination with the Hypertrans® transient plant expression system to allow a step-change in discovery and gram-scale production of valuable small molecules with medicinal, agricultural and industrial uses. 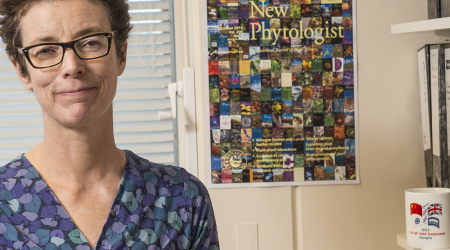 Findings from Anne Osbourn’s lab have revealed that the genes for natural product pathways are often clustered together in plant genomes, making them easy to identify. Professor Osbourn is using new genome mining algorithms in combination with the Hypertrans® transient plant expression system to allow a step-change in discovery and gram-scale production of valuable small molecules with medicinal, agricultural and industrial uses