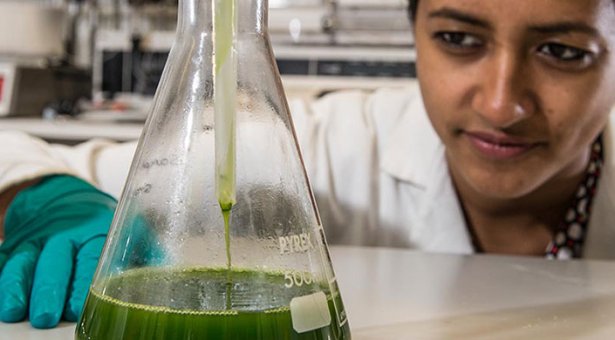 Our Inclusivity and Diversity Committee meets quarterly to ensure that we maintain the inclusive nature of the institute and that best practice is shared across partner institutes on the Norwich Research Park and beyond.

Chair of the Inclusivity and Diversity Committee

Carole is part of a dual career family and understands the issues and difficulties that arise when trying to juggle a career and look after young children.

Andy joined the John Innes Centre in 2013 as a Group Leader on a Royal Society University Research Fellowship.

He is very supportive of equality in the workplace and policies that help foster a family-friendly environment, such as flexible working hours.

Andy has benefitted from this at the John Innes Centre following the birth of his son in 2014, and continues to benefit as his family expands.

Dale joined the John Innes Centre in 2010 after 26 years as an academic at the University of York, the last six of which were as Head of the Biology Department.

Dale’s awareness of the importance of family-friendly policies in science was enhanced through his experience of raising a family as a single parent.

Emilie joined the John Innes Centre in 2004 as a Research Assistant and is currently working in the department of Cell and Developmental Biology.

She is a member of the Research and Support Staff Voice Committee and has recently taken on the role of Stonewall (LGBT+) Champion.

Kate joined the John Innes Centre as a PhD student in 1988 and has experience of working as a Postdoc, and in higher education administration and management.

She now works for the University of East Anglia based at the John Innes Centre.

During her career Kate has taken two periods of maternity leave and her ability to balance professional and family commitments has benefited from being able to work part-time and flexibly.

Melanie joined the John Innes Centre in 2013 as Committee Administrator after a four-year career break to care for her two young children.

Melanie benefits from family-friendly working hours which enables her to do the school run during term time and maximise time at home during the school holidays by working compressed hours.

Carmel moved to the John Innes Centre in 1991 working as a Research Assistant in Crop Genetics, and is currently studying Brassica genetics.

She is also an active member of the NBI bike user group and the European Futures Committee.

Chris joined the John Innes Centre in 2015 as Head of Policy and International. For 21 years before that he was a Whitehall Civil Servant.

Chris enjoys the inclusive and diverse nature of the John Innes Centre. Part of his job is to encourage mutual policy learning with our partner institutes overseas and to support specific international activities which promote diversity.

He has two grown-up children and understands the pitfalls of not balancing career and family.

Adrian joined the John Innes Centre in 2017 as Communications and Media Manager.  A former journalist and editor, his role involves managing relationships with external media and ensuring that the science stories of the John Innes Centre reach new and diverse audiences as well as strategically important stakeholders.

Previously he worked in policy and campaigns for a national advice charity which lobbied for fairer practices and policies for all people.

He has two grown-up daughters and a son and understands the challenges and rewards of balancing career and family.

Tana joined the NBI Partnership in July 2015 and is the HR Manager aligned to the John Innes Centre.

Her role includes delivering the Institute’s HR strategy, with equality and diversity as a key strand, and providing advice and support to managers and staff on a range of HR topics.

With over 25 years’ broad based experience as an HR professional, gained while raising a family, Tana enjoys contributing to the continued development of the John Innes Centre’s supportive and inclusive culture.

Adam Bentham is a member of the Post Doc Voice and joined the John Innes Centre in 2017 as a Postdoctoral Scientist in the Department of Biological Chemistry.

The intercontinental move from Australia to the UK gave him an appreciation for the difficulty that young researchers face when integrating into new countries, work environments and social settings.

Elizabeth started her PhD at the John Innes Centre in 2007. After a brief maternity period she returned as a Postdoctoral Scientist in 2012. She balances work with family life by working part time and flexibly to fit around school holidays.

She represents the views of working parents and carers at the John Innes Centre.

Ricardo joined the Norwich Research Park from Mexico in 2009 to complete an MSc in Bioinformatics at the University of East Anglia and The Sainsbury Lab. Since then he has worked and completed his PhD at the Earlham Institute and John Innes Centre. He is currently a Senior Postdoctoral Scientist in the Crop Genetics Department at the John Innes Centre.

Ricardo is the Race and Ethnicity Equality and Diversity (REED) Champion and Chair of the Race and Ethnicity Equality and Diversity working group and is very aware of the additional systemic challenges that researchers coming from overseas are faced with. He is also fortunate to come from a family with an academic background and recognises the advantage of being exposed to science from a young age.

She leads the Technician Commitment for the John Innes Centre and is passionate that all staff have careers and the contribution of everyone should be valued and listened to.

Clare’s son was born in 2005 and she returned to work full time and is very aware of the importance of family friendly policies and obtaining a good work-life balance.

Samuel is a first year PhD student in the Crop Genetics department.